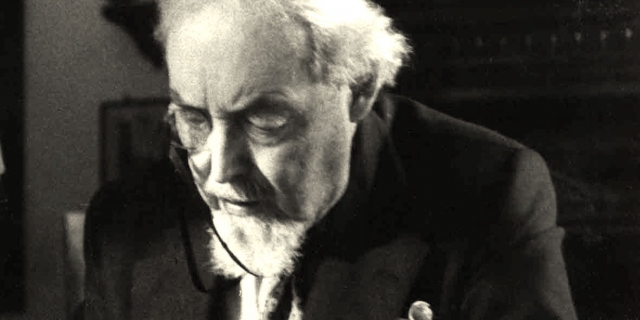 Between the years 1958 and 1974 eight books and articles in various periodicals appeared under the pseudonym “Wei Wu Wei” (Wu wei, a Taoist term which translates as “action that is non-action”). The identity of the author was not revealed at the time of publication for reasons outlined in the Preface to the first book, Fingers Pointing Towards the Moon (Routledge and Kegan Paul, 1958). Eventually it was revealed that the author had been Terence Gray.

Terence James Stannus Gray was born in Felixstowe, Suffolk, England on 14 September 1895, the son of Harold Stannus Gray and a member of a well-established Irish family. He was raised on an estate at the Gog-Magog Hills outside Cambridge, England. He received a thorough education at Ascham St Vincent’s School, Eastbourne, Eton and Oxford University. Early in life he pursued an interest in Egyptology which culminated in the publication of two books on ancient Egyptian history and culture in 1923. This was followed by a period of involvement in the arts in Britain in the 1920s and 1930s as a theorist, theatrical producer, creator of radical “dance-dramas”, publisher of several related magazines and author of two related books. He was a major influence on many noted dramatists, poets and dancers of the day, including his cousin Ninette de Valois, founder of the Royal Ballet (which in fact had its origins in his own dance troupe at the Cambridge Festival Theatre which he leased from 1926 to 1933).

It is apparent from his writings that “Wei Wu Wei” had studied in some depth both Eastern and Western philosophy and metaphysics, as well as the more esoteric teachings of all the great religions. It can also be understood from the writings that he regarded himself as merely one of many seeking so-called “liberation”, the works themselves being seen in part as a record of this quest. The attitude adopted towards the writings is perhaps best indicated by the following quote from an introductory note to Open Secret (Hong Kong University Press, 1965).

Athanatos – We Are Immortal: There is Only Life

Don’t Believe In Anybody Else’s BS

The philosopher Thomas Nagel’s new book, “Mind and Cosmos: Why the Materialist Neo-Darwinian Conception of Nature Is Almost Certainly False,” restores the primal force of a great old philosophical word, “metaphysics.” He starts with a boldly discerning look at that strange creature, mankind, and comes to some remarkable speculations about who we are and what our place is in the universe. Incidentally (and seemingly u
Read More
Comment: 0
Tag: bad religion, consciousness, ctrl alt del, mind, self, wake up!, work