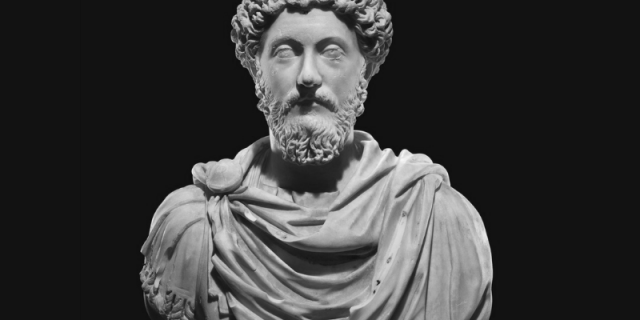 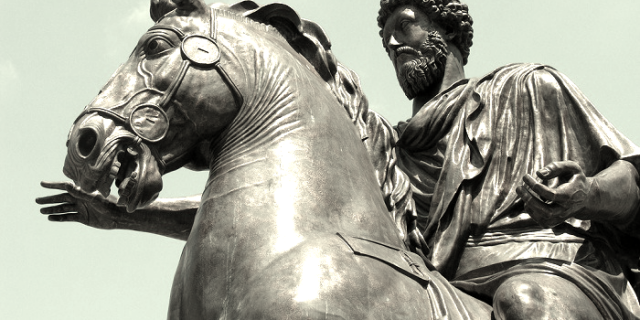 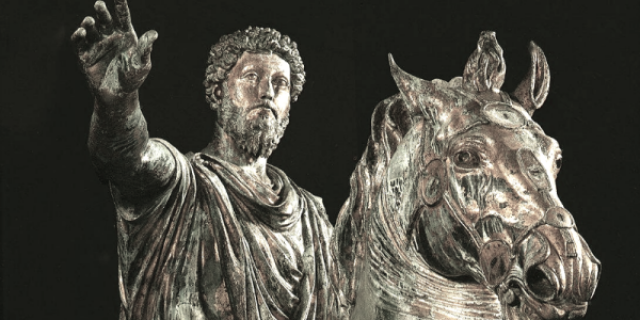 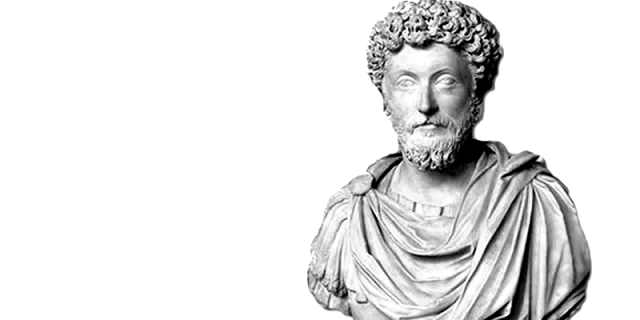 During his reign, the Empire defeated a revitalized Parthian Empire in the East; Aurelius’ general Avidius Cassius sacked the capital Ctesiphon in 164. In central Europe, Aurelius fought the Marcomanni, Quadi, and Sarmatians with success during the Marcomannic Wars, with the threat of the Germanic tribes beginning to represent a troubling reality for the Empire. A revolt in the East led by Avidius Cassius failed to gain momentum and was suppressed immediately.

Marcus Aurelius’ Stoic tome Meditations, written in Greek while on campaign between 170 and 180, is still revered as a literary monument to a philosophy of service and duty, describing how to find and preserve equanimity in the midst of conflict by following nature as a source of guidance and inspiration.

Very little is needed to make a happy life; it is all within yourself, in your way of thinking.
©2013 thinkmongr.com